Yesterday morning I had made the decision to take a Boston Duck Tour! The weather was perfect and I was pretty excited that this tour took us into the Charles River at the end. I did some exploring on the website and also found out I got a discount if I did a tour before 10 AM so you know my budget loving self was up for that! I booked my ticket online and walked to the Museum of Science to depart on my mini Boston tour!

There were many “ducks” for us waiting. I was going to be on the red one to the right in this picture, however I loved the paint scheme of Old Gloria! I took a bunch of photos on this journey but it was a bit chilly out so the plastic on the windows make it hard to get clear shots of everything we toured. So these are some of my favorite photos that turned out decent.

Our tour guide was MacinQuack! He was from Scotland and was wearing a kilt. There was never a dull moment and I highly recommend him as your tour guide if you ever take a Boston Duck Tour (which you definitely should!)

The Boston Public Garden is a beautiful site. It hold swan boats on the other side of the man made pool inside. 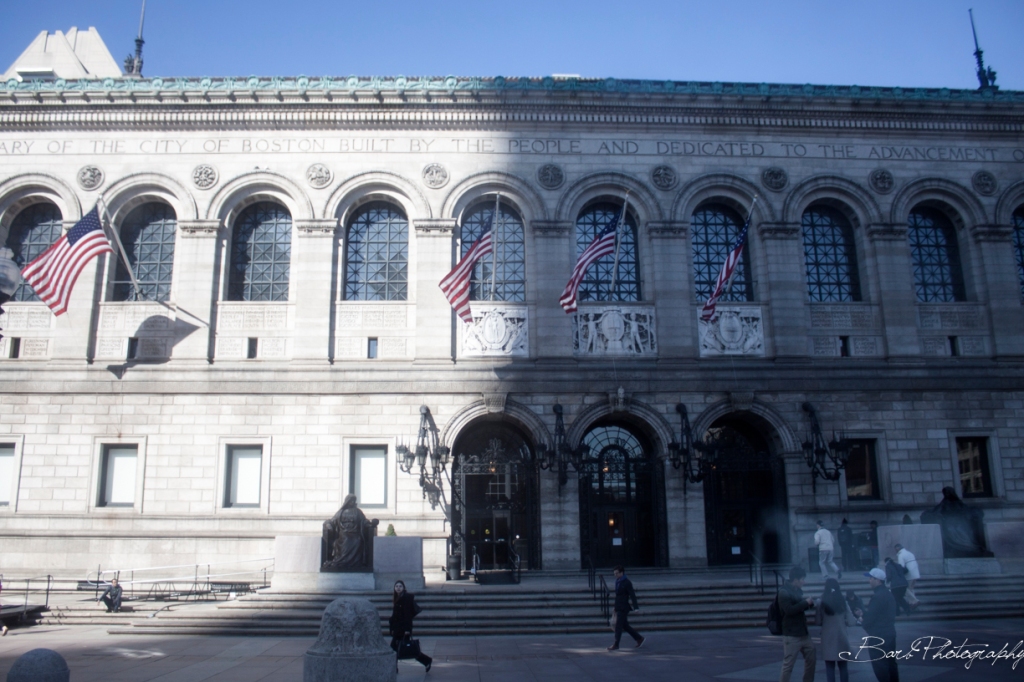 The Boston public library was the first library to lend out books! It was built in 1848 and is the second largest library in the country (behind the Library of Congress.)

I live right behind the (new) Massachusetts State House!

The (old) State House was built in 1713 and is the oldest surviving public building in Boston. The Boston Massacre occurred right outside on Devonshire street. Every Fourth of July the Declaration of Independence is read from the balcony.

In the distance you can spot the steeple of the Old North Church where they displayed 2 lanterns to let them know the British were coming by sea.

This is the spot where Paul Revere and William Dawes started their midnight ride in Charlestown. You can see the

In front of the Hult International Business School is a piece of the Berlin wall. The top rounded piece was to prevent anyone from climbing or rappelling over the top.

Into the Charles River we go! 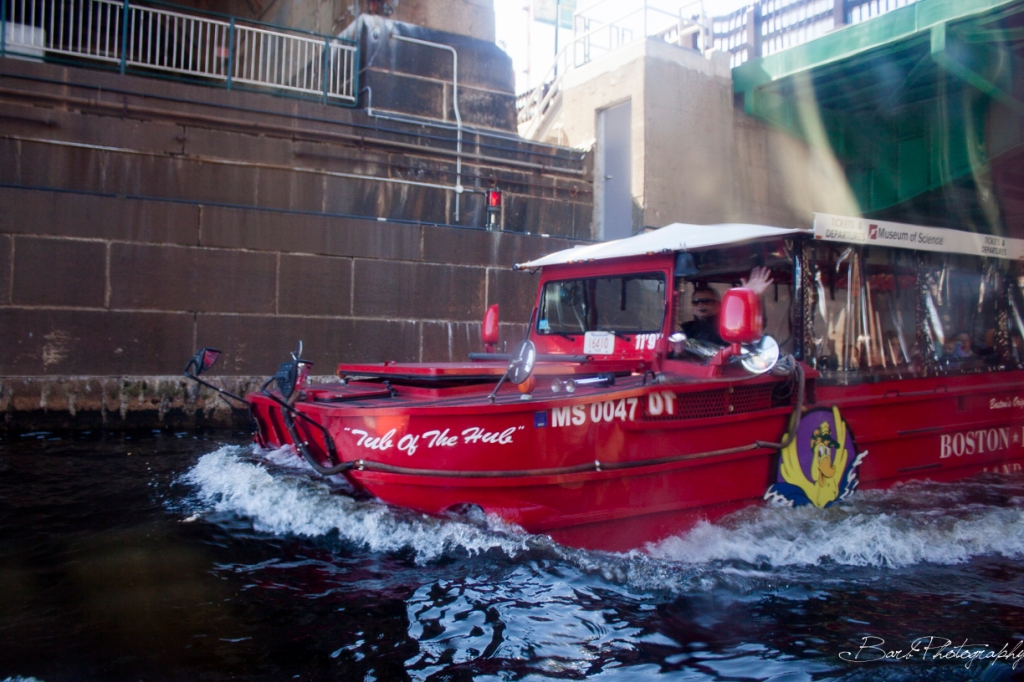 One of the better pictures I had taken from the Charles River while we were “swimming” away! MacinQuack let anyone who wanted to drive the duck drive at this point as we swam around the river, honking at pedestrians on the shore.

It was definitely a blast and if you are ever in Boston, please take a Boston Duck Tour! They last 80 minutes and if you get tickets online for a tour that starts at 9 or 9:30 then you’ll get a discount! You’ll go through all areas of the downtown Boston and it will never be a dull moment, especially getting to venture into the river.

View all posts by emergencywipers